Ever since the boy learned to write his letters (he is 6 yrs old), I have been in love with his handwriting… Any artwork he produces has some words on it whether it be labels or a phrase, even a simple story. So, the other night I decided to try to ‘can’ his writing by building a font. As it turns out, it was extremely easy, and the program I used was laid out so even the most technologically challenged (me…) could use it. 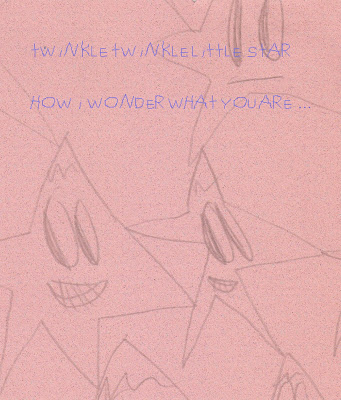 I overlaid a small sample of the font in the above drawing, so you can see how it turned out. FYI, the drawing is one that was produced some 12-ish years ago by Dia, my middle girl-child (who is no longer a child, btw). Now, obviously the font doesn’t have all the personality that my little one’s handwriting has! That is impossible to reproduce. But it does capture some of its child-like quality, which is what I wanted.

If you are interested in trying out font-building, the program I used is free to everyone! Go to Fontstruct and try it out!