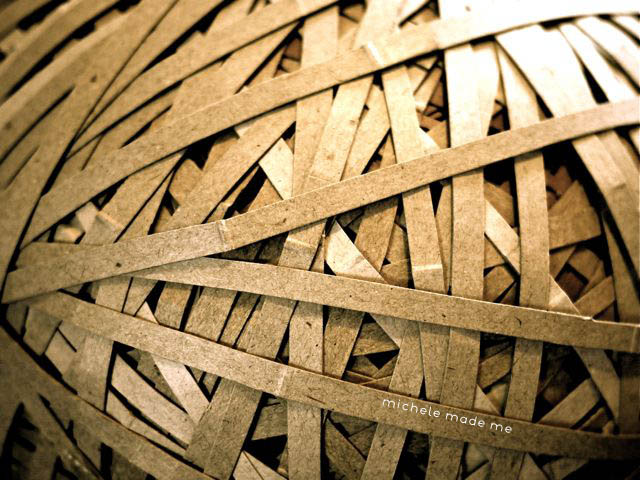 I started this cereal box thingy in March 2011 over HERE. Incredibly, that’s almost a year ago now. At the time, I mentioned that it would be a “very very long term” project. Obviously not an exaggeration as I’m nowhere near done. At one point, “the thingy” evolved into THIS. Error in judgement. To tell you the truth, I actually gave up on the whole project for a while after discovering how unworkable it was in that form. It languished in a dark corner for many moons. One night in a fury of frustration I ripped off the base and everything that held it on, and returned it to a less complicated shape, a ball. It has since developed into a cute oblate spheroid. Very much better this way, methinks. 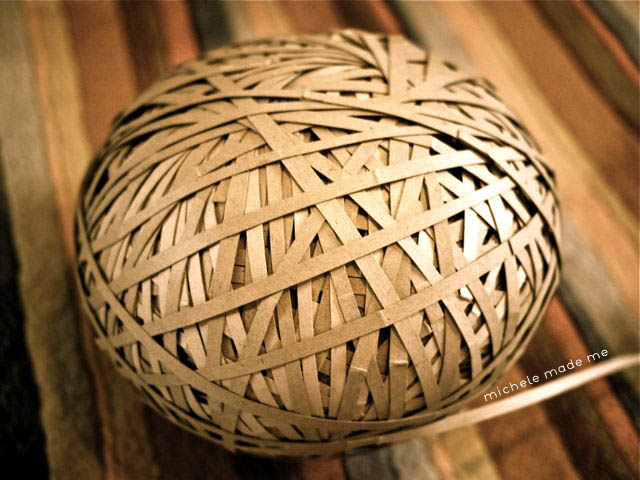 The thingy is made entirely of cereal and cracker boxes, cut into twine and wrapped neverendingly around itself. HERE‘s how I make the twine, eff-why-eye.

Some cold hard stats: 8 cereal boxes and 28 cracker boxes (we like a little crunch now and then…) have gone into its making thus far. It measures roughly 8 inches (20cm) in diameter and weighs 3-1/8 lbs (1.4 kg). 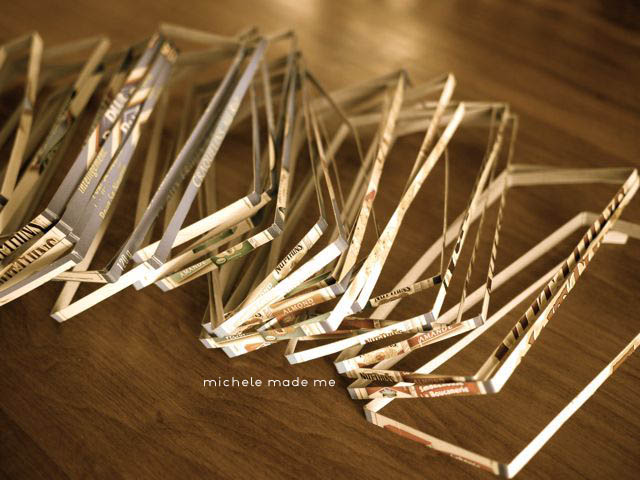 The Boy has taken to using it as a play-thing. We toss it back and forth betwixt ourselves. I’ve also found him standing and balancing on it with his little self. I’ve tried it too. Surprisingly good for the core. Personally I like cradling it in my arms like a wee babe. It has a lovely weight you see. Eventually I’m hoping to grow it into a wondrous footrest. See? Who says I don’t have goals. But in the interim, I’m kinda tickled by its unexpected use as medicine/balance/baby ball. 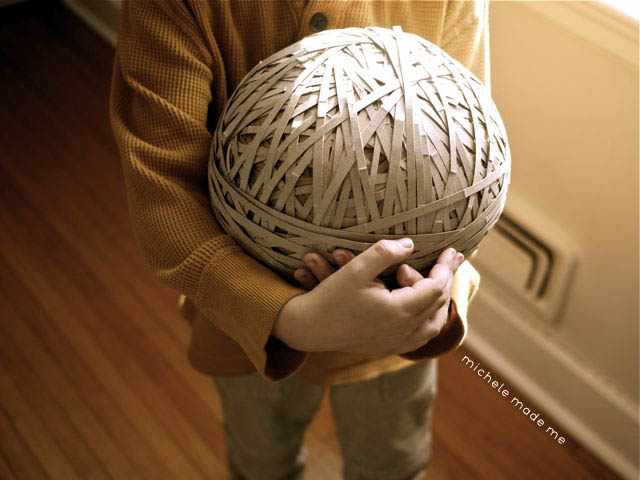 I’m glad I didn’t toss it. There’s a lot of work wrapped up in this crazy project. Literally.

You have a great day now.

P.S. Oh ya. A few other things I’ve made with cereal box twine include THIS and THIS.