Yesterday, The Boy broke his pinky finger playing some new-fangled version of basketball in gym class. This is the second time he’s broken a bone at school. He’s in Grade 2! I’m none too impressed with those stats to be honest. 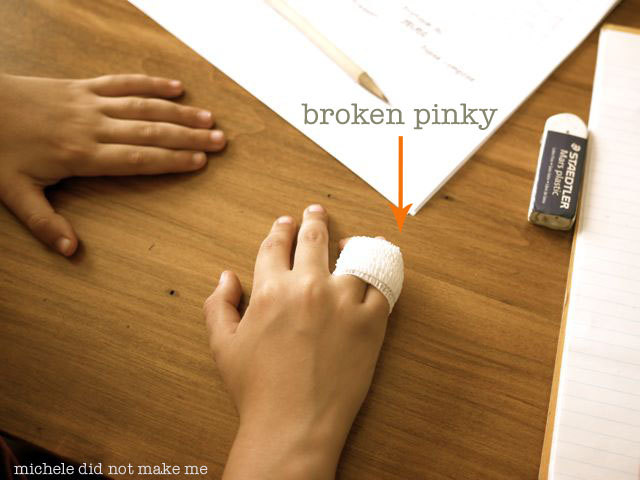 So today we ran around from health office to x-ray clinic to doctor’s office trying to figure out what, if anything, they could do about it. Is there nothing to be done for a tiny mangled finger? Because it does NOT look healthy, poor thing. In the meantime, I was very aware of trying to keep him from breaking anything else. Running was strictly prohibited. There was no jumping of ANY kind. Zero throwing of balls. Breathing was acceptable. And some talking.  I allowed eating, and careful walking.  He spent a lot of time reading; that was okay. 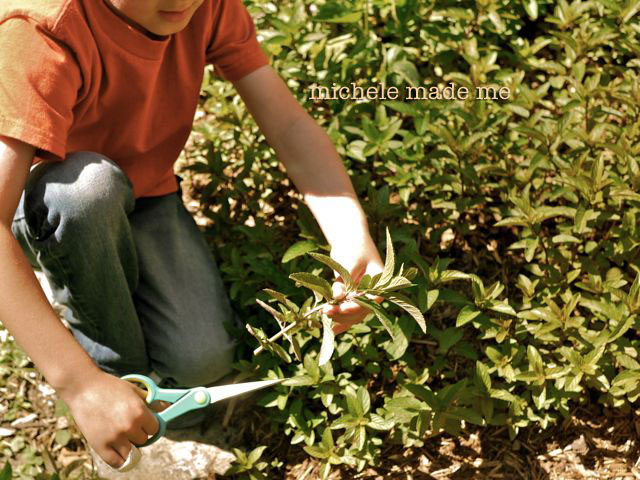 But the absolute most excitement I permitted was making freshly-picked peppermint iced tea. It was our first time making it. We followed Stefano Faita’s (host of CBC’s In The Kitchen) recipe (found HERE) to the letter. 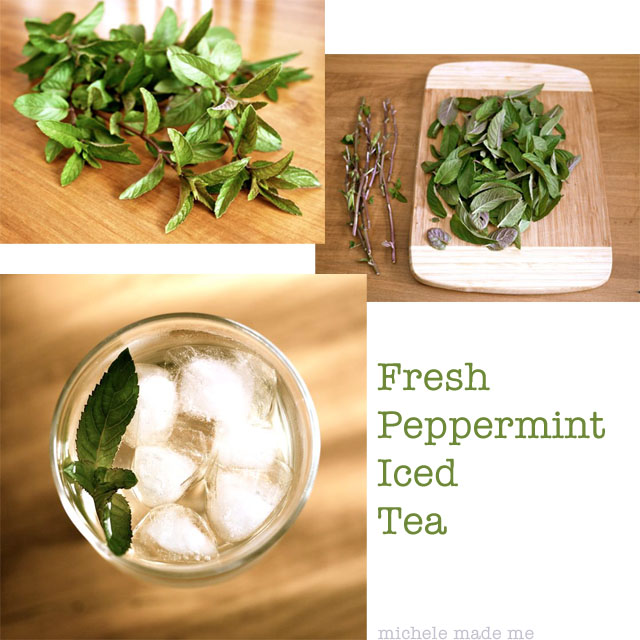 The Boy refused to try it. But I had some and so did Lo. It had a quiet taste, our tea. We quite enjoyed it. But the best part? No bones were broken during the making of it. 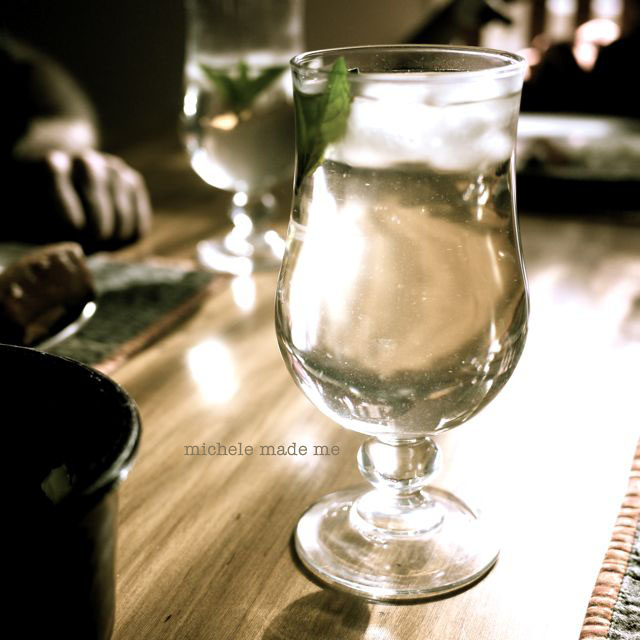 « Let us hexamine the progress.
Portable Love for Father’s Day »