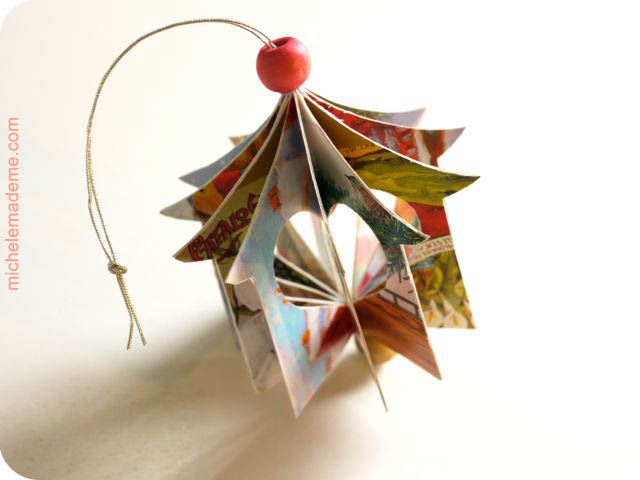 I have been feeling some feelings lately. Like, feelings of well-being. Like, spontaneous-breaking-into-song-and-general-wonderfulness-type feelings. I know… It sounds pretty floofy, but I can’t help it. And I can’t explain it either. I do not know where the feelings came from, when they started, nor why they’ve been persisting. Maybe it’s menopause? Or some sort of hormone imbalance? Could that be it? I don’t know… It’s a combination of things I figure. Like the fact that I have such a fine husband… Or the fact that I’ve been graced with three healthy/crazy/amazing offspring maybe?… Or maybe it’s that I’m doing what I love everyday. Whatever it is, I’m feeling darn blessed. In fact, that’s where this little ornament comes in. It was inspired by our home and all those feelings I’ve been feeling. I call it the “Heart House Ornament” and it is the final installment in the Ornament-ED series! 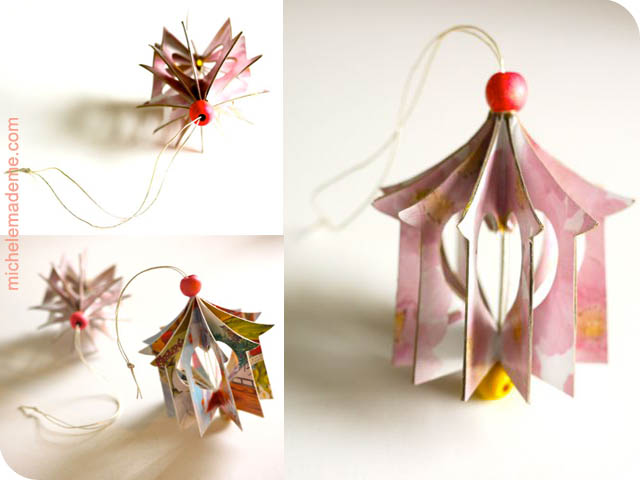 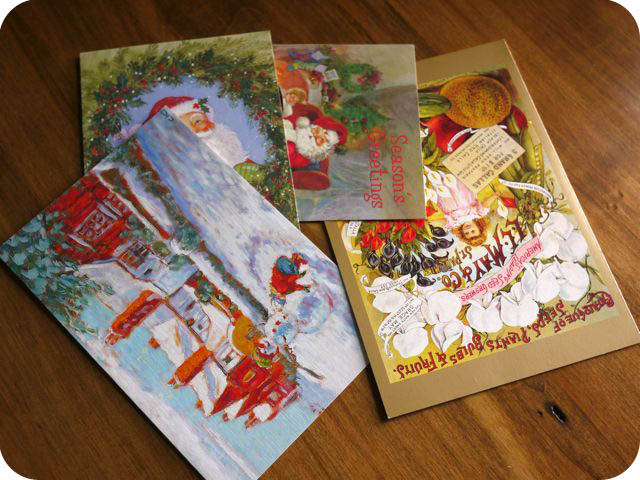 1. Start with either greeting cards or a tissue box. To give my greeting card ornament a cohesive look, I  chose several muted Christmas cards of similar style and colour (as above).

2. Create your template similar to the one below. I made mine out of a cereal box. Note that the right and left sides of the template MUST BE mirror images of one another.
3. Using your template, trace and cut out twelve identical houses. Fold each house along its center line.
4. Take a house and apply glue to half of the bad side. 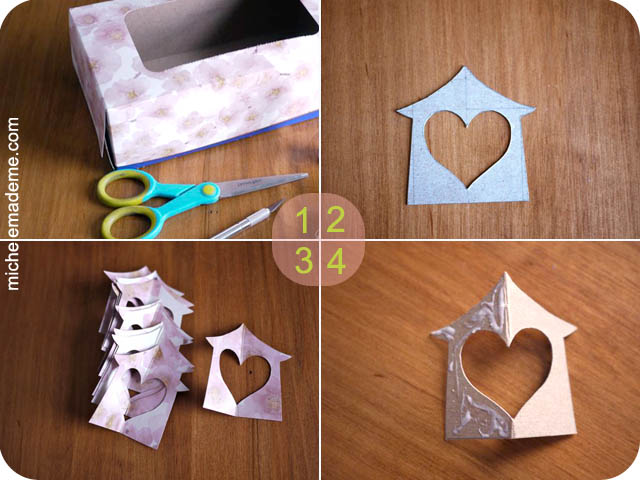 5. Take a second house and join it to the gluey house, bad sides together. Clamp this pair with a clothespin or two. Repeat steps 4 and 5 for the remaining 5 pairs of houses. You now have six pairs of half-glued houses. Now apply glue to the bad side of half a house in a pair and glue two pairs together. Continue glueing pairs together until you have 3 groups of four houses.
6. Now glue all groups of 4 together as before and clamp as shown in photo #6. Allow to dry.
7. Glue the two end houses together to create the completed heart house. Clamp and let dry. Gather your beads and string.
8. Place a bead on your string. Now thread both ends of your string up through the heart house. Once through the top, place a second bead on your string. Tie the ends of the string to make a hanger. Trim the string ends if necessary. Apply glue to the very peak of your house to adhere the upper bead to the house. 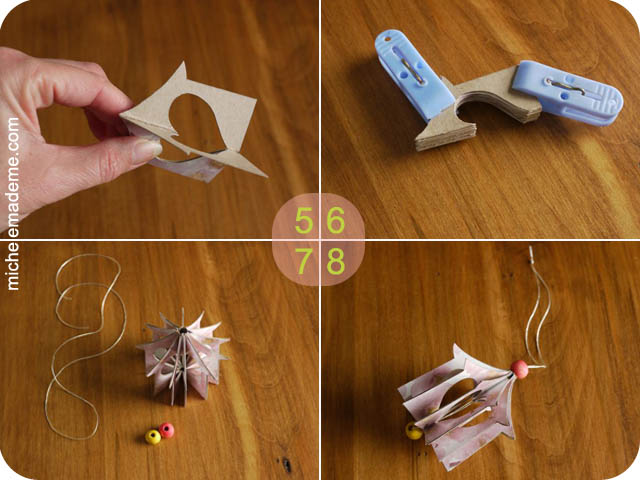 Don’t look now, but the cute heart house is complete and ready to hang! 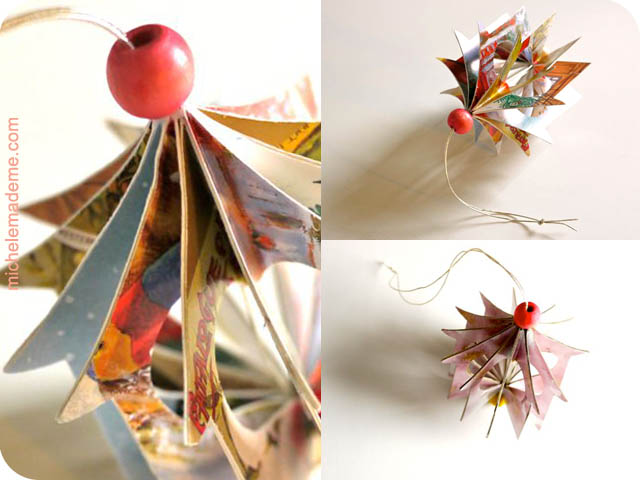 It reminds me of a itsy garden gazebo or merry-go-round, hee hee.
On that note, it is time to bid a fond farewell to this little series… Goodbye sweet series, à la prochaine. I certainly hope you’ve enjoyed my ornamental foray. I’ve got to get to some gift-making now, wouldn’t you say? I best get at it quick!
Have a happy weekend. I’ll be back here on Tuesday.
♥M
Previous Post: « Michele Made Me: An Ornament Overview
Next Post: Reader Question: How Do You Cut Your Snowflakes? »