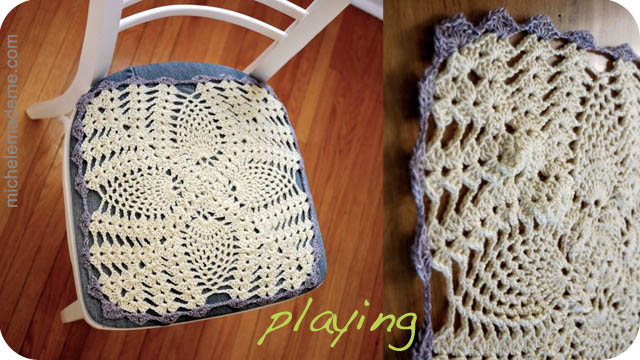 Happy New Year 2012 and a giant polar bear hug to you!

Do you know that I’ve just enjoyed the longest break in the history of this blog? Eleven days of silence.  Wow. Seems impossible doesn’t it? But no, it’s true. I’ve had a really lovely holiday. It’s not quite over yet either. The boys don’t go back to school/work until the 9th. But I wanted to check in here. To let you know that I’m still very much alive and alove. And to verify that the interwebs hadn’t crumbled to smithereens during my absence. 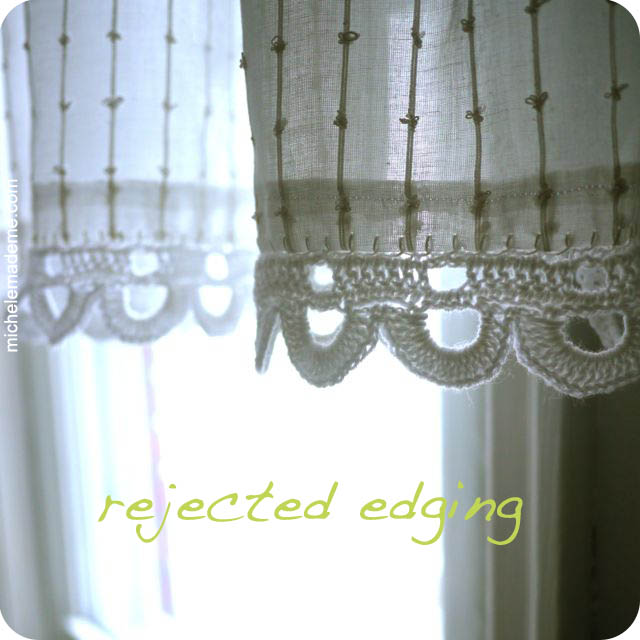 So um… I had a small epiphany during my break don’t you know.

Minor Epiphany: I CAN CROCHET.
I don’t know what it is, but sometimes I really lack confidence. Take crocheting for instance. I learned how to crochet sometime in the summer of 2010 just after starting this blog. Since then, I have made this, this, and these, among other things. Yet, for some reason I basically think I blow at it, which I’ve realized over the last few weeks is a bunch of hooey. I’ve had it up to here with that kind of negative attitude. Henceforth, I will be working on turning my crochet frown upside down. I CAN CROCHET! And BY GUM you will be seeing more crochet-type projects from me in the coming year! 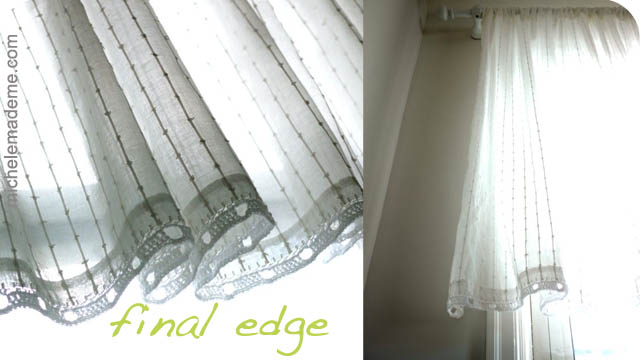 That said, I’m declaring 2012 my year of the epiphany. I will be keeping my eyes peeled for moments of clarity and ideas that should probably be obvious to me but for some reason haven’t managed to penetrate my tiny brain. And then I’ll write about them here amongst the many and varied crafts.

Okay then…Well, you have a great evening now. I’ll be back soon!

Note: The above photos are some of the crochet projects I’ve been playing with over the holidays using some of my yarn scraps. First, I made the lacy square. Secondly, I made some curtains to which I attached a pretty crocheted border, the first attempt of which I rejected. It was a bit much, I felt. The second iteration was just simpler. I like that.