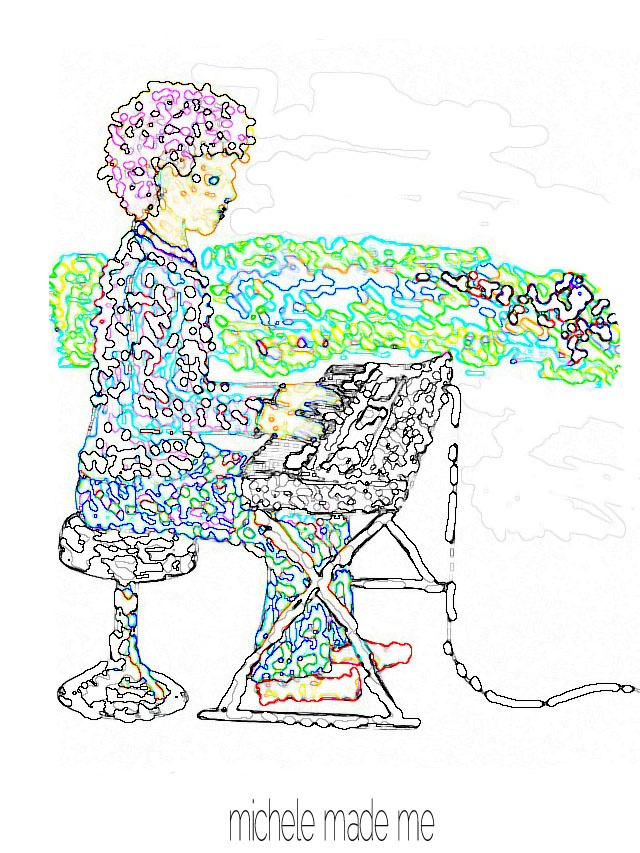 This year, The Boy asked to learn the piano. After enduring weeks of persistent prodding, we gave in and signed him up for lessons at a local music school. The thing about piano lessons is you kinda need a piano. We are not in a position to acquire one at the moment, and notwithstanding the initial expenditure or the space it would take up, we don’t know how long The Boy will stick to this particular flavour of the week (we’ve already experimented with both guitar and drum lessons to no avail)… So I was asking at the music school if they had a piano available there for us to practice on. The receptionist said: “Not really…” but then handed me the coordinates of a local business. “That’s the Musical Instrument Lending Library” he said. “Not sure if they have any keyboards, but it’s worth checking out”. Why I have never heard of this place before – like before we went out and bought a whole drum kit AND an electric guitar with all the fixings – is beyond me. I live under a rock I guess. Anyway, it sounded like just the solution we were looking for.

The next day, with The Boy in tow, we went downtown to check the place out: a large dark basement filled to the joists with used musical treasures including a mountain’s worth of pre-loved guitars. A musician’s dream. True, the place emitted a certain odor, and of course, was staffed by the obligatory ornery shopkeeper. Nevertheless, we were excited to poke around and see what we could see. Once we located the stacks of keyboards, we spent some time going through them. The Boy wanted something befitting a nine-year old. I suggested a very simple, 88-key electric piano. “No thanks”, he said. He was looking for something slick. Something cool. Something with lights and buttons and bling to explore. In the end, he chose an electronic keyboard, a Yamaha Portatone. I paid I tiny fee for my new “library” card, and we were golden. We get to hang on to the keyboard for 5 weeks at which time we must either take it back and renew it, exchange it for something else, or just leave it behind. It’s a pretty sweet deal I figure.

The keyboard’s been in the house for 3 weeks now. So far, so good. The Boy likes it and, for the moment, practices without prompting. I’m not holding my breath but I hope this enthusiasm lasts… He spends the bulk of his practice time improvising. I just love hearing the music he creates. It’s quite, shall we say, experimental. Every now and then he comes out with something melodic and pretty. Thrilling! But there’s also been another important side-effect since bringing the keyboard home. He’s actually playing far less Minecraft. And that, my friend, is a beautiful thing.