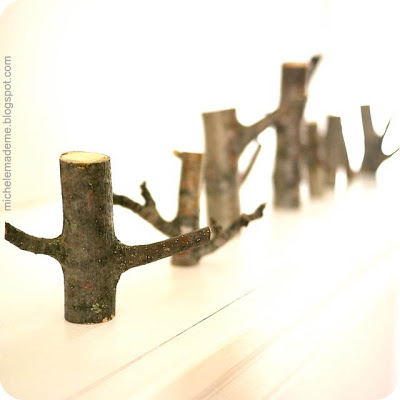 Mystick, tee hee. Get it? I made it with my sticks… My-stick!
Okay you get it.
Um. So I’m calling this a craft. But really I shouldn’t. Because that’s a gross over-exaggeration. I should really just call it a “bunch of random chopping and cutting” for that is what it is.
See, I found several pre-dead sticks in the field behind my house. 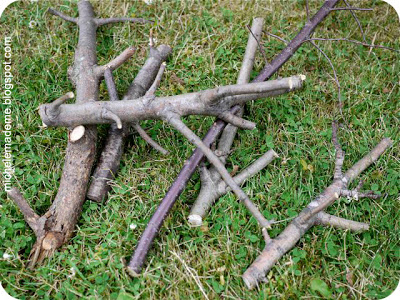 And then I trimmed and whacked and sawed and hacked. With this little instrument hereunder. 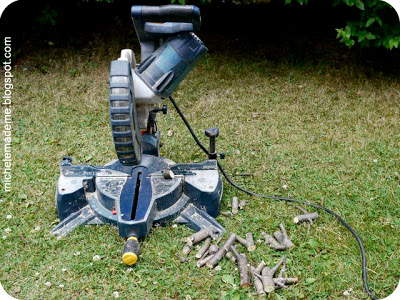 Those efforts yielded a number of magical Mystick action figures. Wood you like to meet a few?
Say hello to the tight-lipped tip-toer. She’s shy and awkward, but has a heart of gold. She’s forever trying to avoid any and all encounters. She never knows what to say, poor little thing. 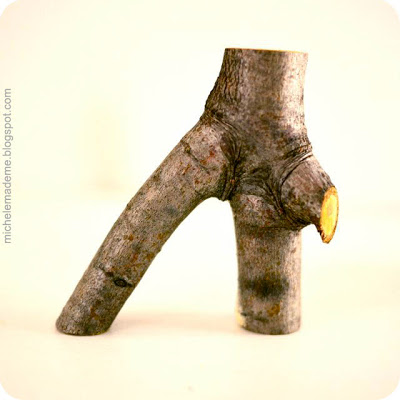 This is the oaken opera singer. Loves the sound of her own voice this one. She’ll sing you an aria within seconds of knowing you. See, she’s singing now… Sorry about that. Some people’s mystick action figures just don’t know when to quit. 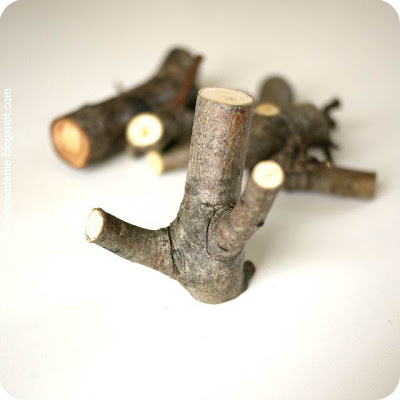 And here’s the timber traveller? Have you had the pleasure? No. I’m not surprised. He’s always on the go. Busy busy. And he walks everywhere. A rare thing these days. He’s doing his best for the environment you know. Really good guy. 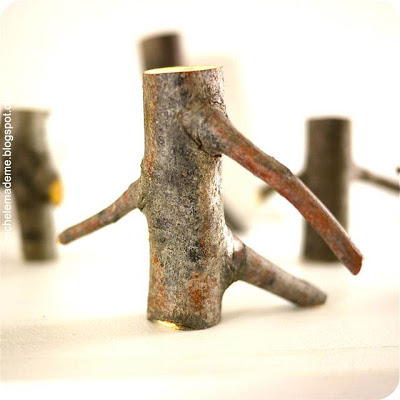 Oh and by the way, the timber traveller has a mild case of multiple personality disorder. If he happens to fall over and get turned around, he becomes the twiggy-winged woodpecker. We don’t often see this side of him but I thought I’d give you the heads-up, just in case… 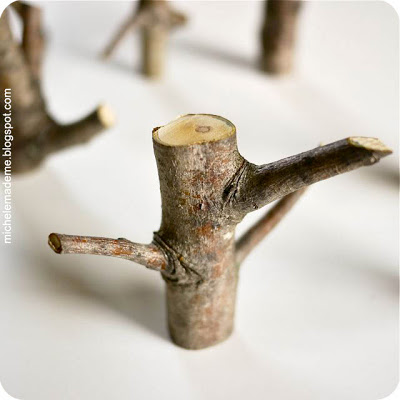 Oh and here’s the whole Mystick Family right now! They look great standing in a row like that, don’t they? Makes for a real nice family photo doesn’t it?
Say cheese! 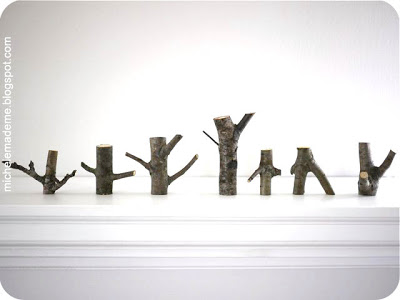 Make your very own bunch of Mystick action figures! My little one loves them. They can be made lickety-split, and as you can see, can lead to all kinds of magical stories and make-believe fun.
Well you have a great day now, I’ll see you soon!
Previous Post: « “Anti” Social Media?
Next Post: Am I That Bad? »