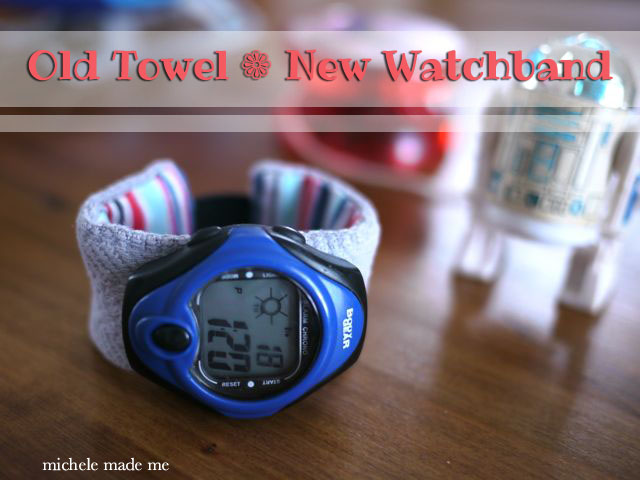 This time a repair was in order. The Boy’s watchband was busted and needed fixing. He loves his watch and I’d been meaning to do this for some time. Ages, actually. He has sensitive skin (gets that from me) so I wanted something soft and un-scratchy to replace the old hook and loop watchband. But what to use? What oh what? 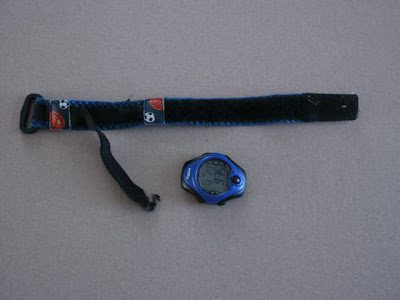 Enter the old towel. Note that I’m still using the same old towel as for the other two projects here and here. That thing is coming in darn handy! Good thing I like grey, eh? Or is it blue? Grey, methinks… I used one of the bands that’s near each end of the towel. Most towels have these, I think. You know which bands I mean, right? 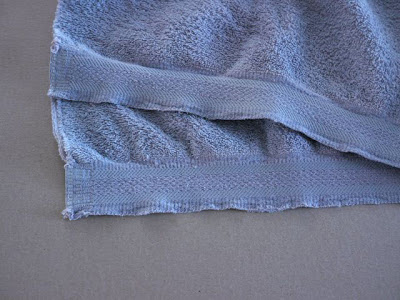 So I cut one of those bands off and collected a few other supplies: elastic, watch face, scrap of fabric to match. Then I took those two spring-loaded doo-hickeys off the back of the watch face. I then installed a piece of elastic underneath, put the doo-hickeys back in place, and trimmed the elastic ends. I overlapped and joined the elastic ends with a needle and thread in the middle of the watch back. The piece of elastic serves as something to stitch onto, holding the watch face to the watch band. Know what I mean? 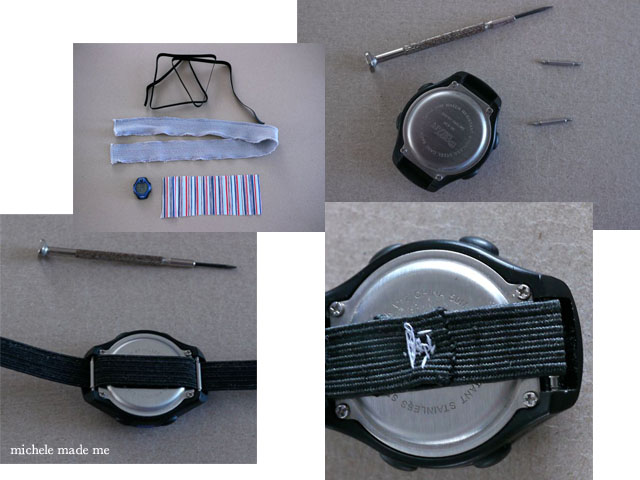 Next I made a soft watchband by sewing the cotton scrap and towel piece good sides together with a short piece of elastic sandwiched in between. I left one end open and flipped the whole thing inside out. The band itself was completed by stuffing the end of the elastic into the open end of the watchband, turning in the raw edges and sewing it all shut nice and tight. All that was left to do was to attach the watch face. I sewed it on by hand with a few stitches on either end of the face. 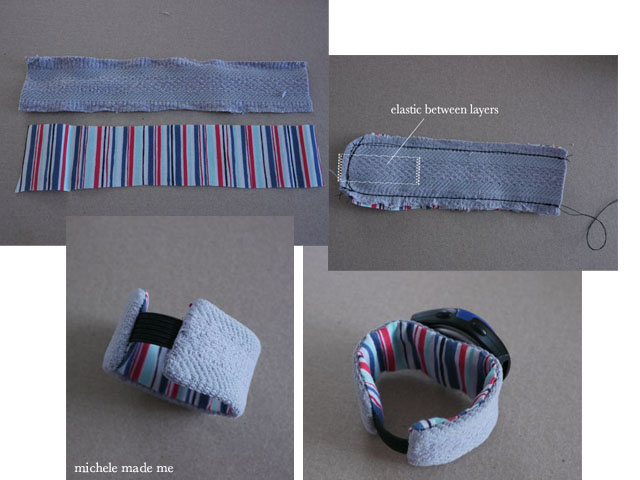 Can’t wait till he tries it on! I love checking stuff like this off the perpetual, ever-expanding, never-ending list of to-dos. Plus, it’s cute and incorporates The Boy’s two favourite colours: red and blue. I’m pretty sure this makes me mom-of-the-year, don’t you? Probably.

Okay, I’m off to weed something. Have a lovely evening!